In a time where money makes the world go round, these airlines are doing good by giving part of theirs back to the society.

In this day and age where the world seems more jaded than ever, stories about restored faith in humanity are flourishing. People need hope, and to see more good being done. When we hear about love and care that transcends boundaries, it’s like a breath of fresh air, isn’t it? The more emotional ones might shed a tear, while the realists challenge the objective of the story being shared. But you know what? It shouldn’t matter. So what if the KFC boat delivery to flood victims was a big CSR show? At least the food was real, and offered in a time of need. While we’re not saying it was the best help they could offer, at least there was some form of giving. As for airlines that give back? Read on, friends.

While browsing through options of charities to donate to, a local airline’s page popped up, to our surprise. The website looked great, and has been around since 2012, yet there’s not much buzz about it. That got us searching up other airlines’ sites to see if they were all as CSR-focused, or had a heart, so to speak. It turns out there are quite a few airlines that give back to society. Some in the form of funding social enterprises, and others in the more traditional sense of donating. We thought it was a heartwarming piece of news to share, so here’s a list of the airlines that give back. 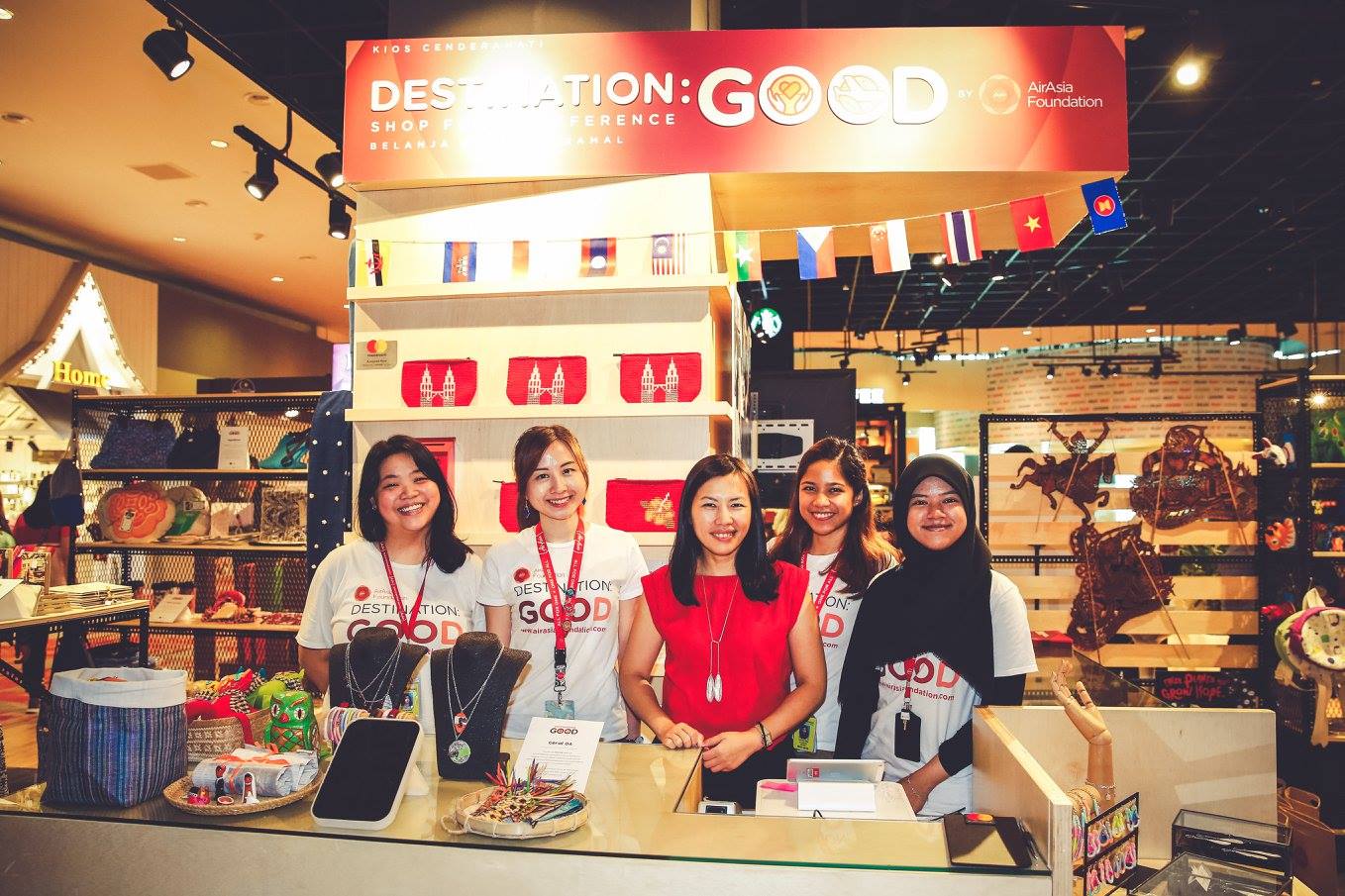 In 2012, AirAsia set up the AirAsia Foundation as their way of giving back to society. The foundation supports social enterprises, and grants can be applied for by anyone living and registered in an ASEAN country. Their criteria for selection include how impactful the enterprise will be, the innovativeness of the approach, sustainability beyond the funding period, and the ability to tap on AirAsia’s strengths as part of the enterprise.

The foundation’s catchy slogan is “Destination: Good.” One of the successful grant recipients is The Picha Project Open House. With a grant of RM51,480 running from  September 2018, the project aims to alleviate poverty and create a sustainable livelihood for the refugee community in Malaysia. Find out more here. Other grant beneficiaries include the Tonibung Renewable Energy Fund and APE Malaysia HOSES for Wildlife. The former project helps provide rural communities in Borneo with clean renewable energy while the latter upcycled fire hoses and aircraft internal waste material to create hardy enrichment tools for zoos, animal sanctuaries, and wildlife centres. 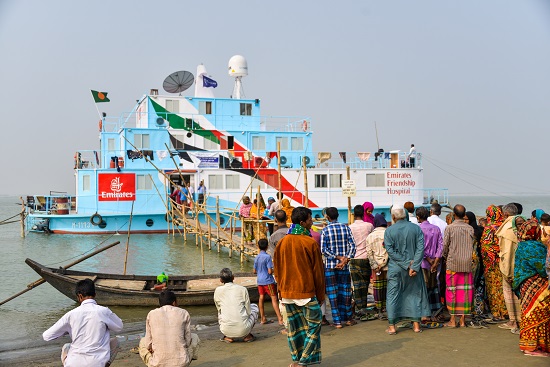 This non-profit charity organisation aims to help disadvantaged children realise their full potential by providing basic necessities like food, medicine, housing, and education. The picture above shows The Emirates Friendship Hospital Ship that’s in and around Bangladesh. The Emirates Airline Foundation finances the twin-hulled ship’s yearly operations cost and also covers the fees for the team of doctors, nurses, and support staff stationed aboard. The ship provides vital medical assistance for more than two million people living in areas isolated by the yearly monsoon flooding.

Another channel through which the foundation extends assistance is the Beyond the Orphanage Organisation (BTO) in Ethiopia. The drop-in centre is funded by The Emirates Airline Foundation, and functions as a support nexus, library, medical clinic, and a computer centre. BTO helps the children, many affected by the HIV/ AIDS crisis by placing them in the care of a living relative. They also offer counseling services, help buy clothes for the children, and teach practical skills.

The American airline is in partnership with a whole host of organisations ranging from those supporting global disaster relief, programmes that inspire next generation leaders, and even some cultural institutions. Some of their key partners include the American Red Cross, Make A Wish America, UN Global Compact, Colorado Symphony, Space Center Houston, Jazz at Lincoln Center, and Special Olympics Virginia.

One way you can make a donation through United, is by donating your MileagePlus Miles via Fisher House Foundation’s Hero Miles programme. The donated air tickets are given to the wounded, injured, and ill military members and their families. To find out more, visit this page. 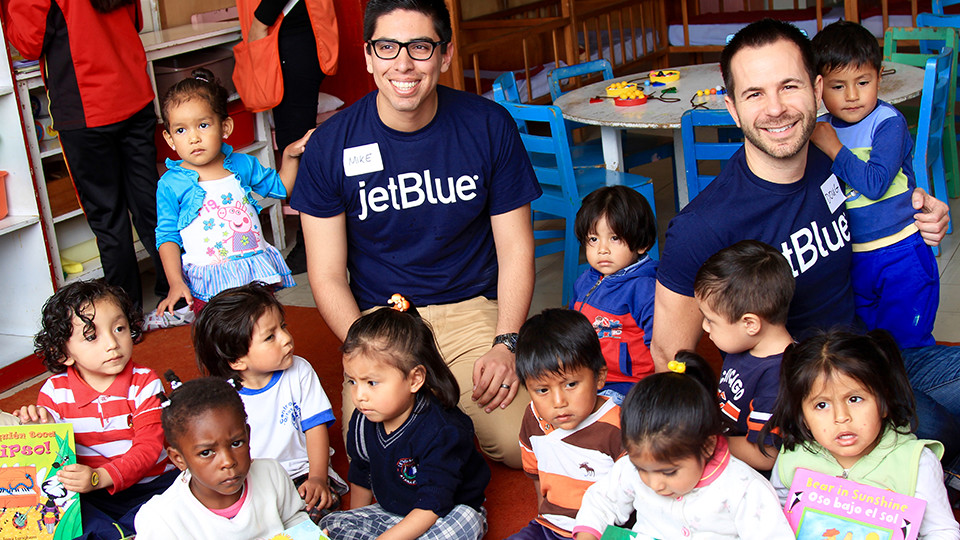 In 2006, the airline partnered with First Book, a nonprofit organisation that provides new books to children in need. Through the First Book programme, JetBlue was able to engage educators to explore books that celebrate events and encourage diversity awareness. To date, the airline has distributed 433,576 books to children who live in low-income communities. Find out more about the programme here.

If you’re a TrueBlue member, you can now donate TrueBlue points to your selected charity. Some of their listed charities are Make A Wish Foundation, Wildlife Conservation Society, Ocean Foundation, and Concern Worldwide. The charity organisations can then use your donated points to fly with JetBlue.

American Airlines aims to create a positive and lasting change for children worldwide. They have been supporting various organisations that provide children with medical, educational, and social services. Some of these are the Make A Wish Foundation, Snowball Express, and UNICEF. Consumers can also contribute by donating miles here.

American also supports humanitarian organisations like Stand Up To Cancer, American Red Cross, and Susan G. Komen. Stand Up To Cancer raises funds for innovative cancer research, and American supports them via donations and awareness campaigns. The American Red Cross works to prevent and relieve suffering through disaster relief, health services, and blood donations. The airline supports the organisation with regular donations and during crisis. American also holds an annual Be Pink campaign to support breast cancer awareness in partnership with Susan G. Komen. 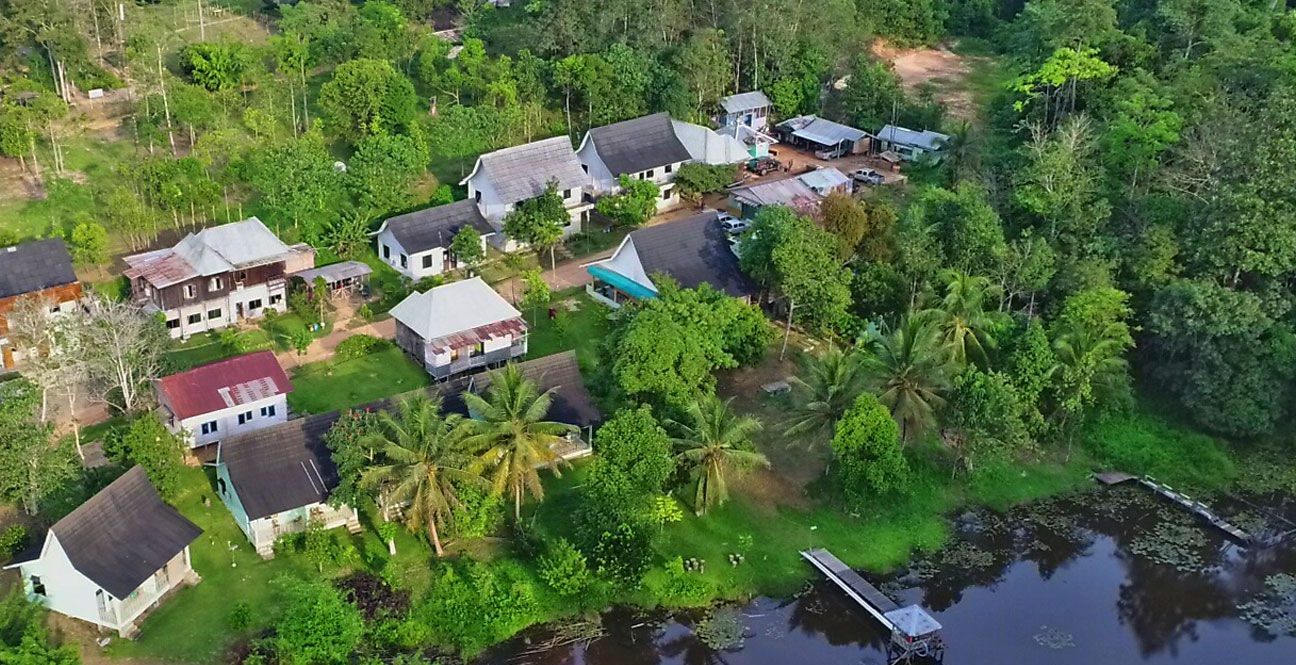 Singapore Airlines takes pride in being the exclusive airline partner for the conservation project to save the Harapan Rainforest. The rainforest is one of the few lowland forests left in the country. It has a rich and thriving ecosystem, and is home to more than 300 species of birds and mammals. The critically endangered Sumatran Tiger and Malayan Tapir are residents there, too. Singapore Airlines donated a whopping USD$3 million towards the joint conservation project that has a 100-year license.

The airline also believes that creative pursuits are the key to building a better world. That has led to them providing scholarships and sponsorships to several education, arts, and sports programmes globally. These institutions include the Singapore Chinese Orchestra, National Arts Council, Sydney Dance Company, Art Gallery of Western Australia, Lee Kuan Yew Bilinguilism Fund, Singapore Sports School, and the Little Fro Foundation. 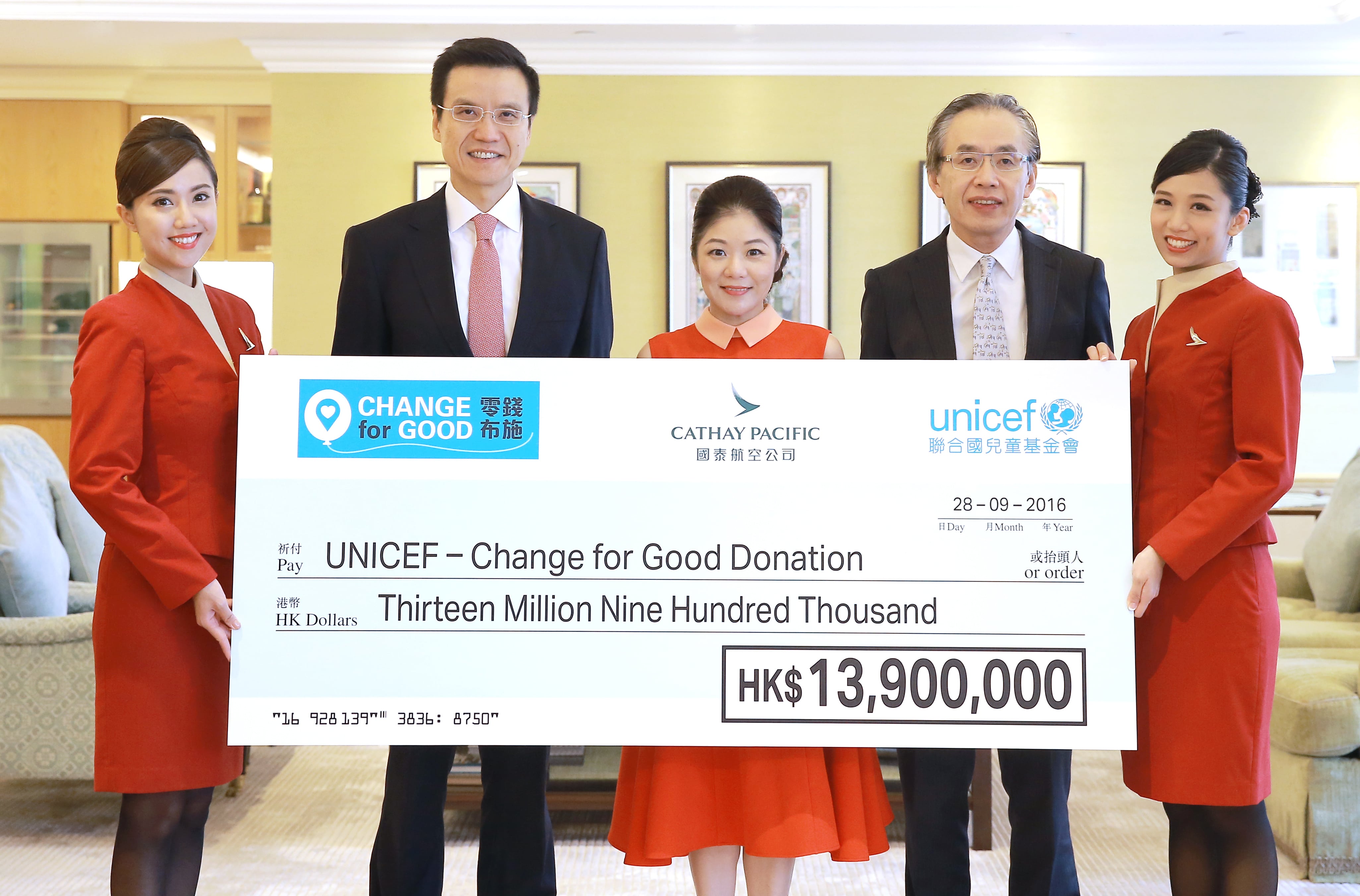 In 2015, Cathay Pacific raised close to HKD$20 million in donations. HKD$13.9 million went to UNICEF, their charity partner, as pictured above. The remaining HKD$6+ million was used to provide medical supplies and other relief necessities to help the victims in Nepal following the earthquake that happened in April that year. These monetary aids were in line with the airlines’ ongoing Change For Good campaign. The campaign encourages passengers to donate their change when flying home from a foreign country, and the money is channeled to fund UNICEF’s relief and development works in more than 150 countries.

Another initiative by the airline is The Cathay Pacific Wheelchair Bank. It was set up in celebration with the airlines’ 50th anniversary in 1996. To date, they have raised more than HKD$12 million to supply specially adapted wheelchairs to children with neuromuscular diseases. Since 1999, an average of one month’s proceeds from Change For Good gets channeled to the Wheelchair Bank. 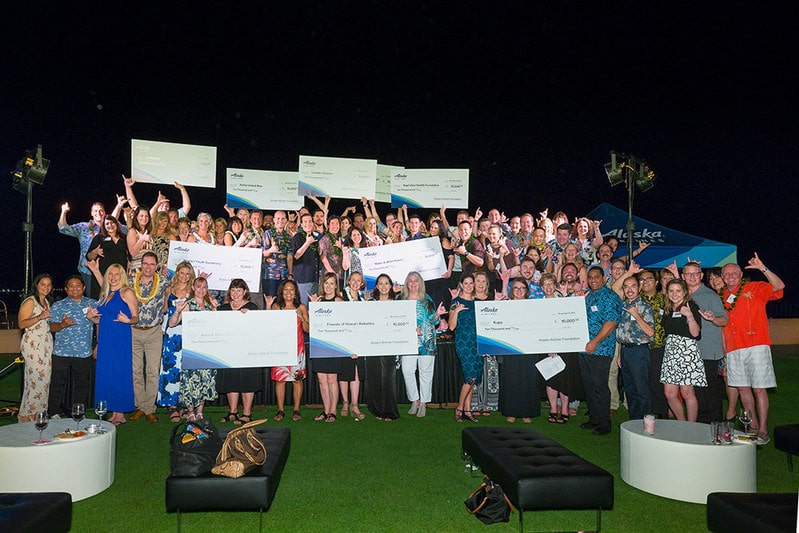 Established in 1998, the Alaska Airlines Foundation was created to complement the company’s corporate giving programme. Since then, the foundation has been distributing cash grants to nonprofit organisations in Alaska, Hawaii, and Washington. The chosen organisations support youth and education, and workforce development efforts. Pictured above are the 10 organisations that each received a USD$10,000 grant from the foundation just last November. Eligible organisations are invited to apply for the grant that’s given out twice a year. Find out how here.

Travelers can also choose to donate their Alaska Airlines Miles to selected charity partners of the airline. They include the Dream Foundation, Angel Flight West, Medical Teams International, National Forest Foundation, and the United Negro College Fund. To donate your miles, visit this site. 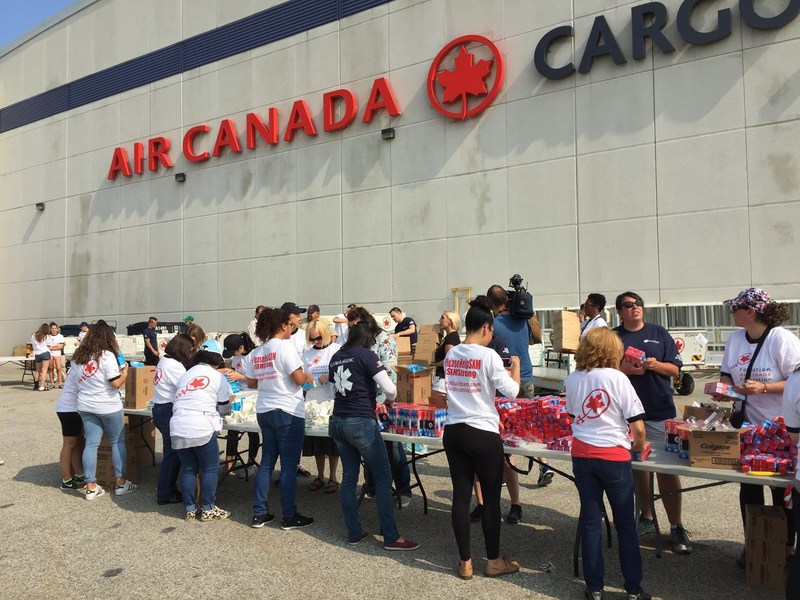 When Montreal was hit by Hurricane Irma last September, The Air Canada Foundation dispatched employees to help with relief efforts. The airline sent planefuls of water, emergency kits, and hygiene supplies to the hurricane hit areas. One flight AC7060 carried 5,000 kg of humanitarian aid in its cargo. It included infrastructure equipment like wiring, ropes, and power tools, as well as water purification kits. Meanwhile, the aircraft’s cabin had over 180 litres of water strapped into the seats with netting.

Other efforts by The Air Canada Foundation include The Volunteer Involvement Programme, Every Bit Counts, The Wings of Courage, and Closest to the Pin programmes. The Every Bit Counts programme collects small change in flights and selected Canadian airports. It is then channeled to causes and organisations supported by the foundation. Some of them are the Children’s Miracle Network, Alberta Children’s Hospital, and the SickKids Foundation. 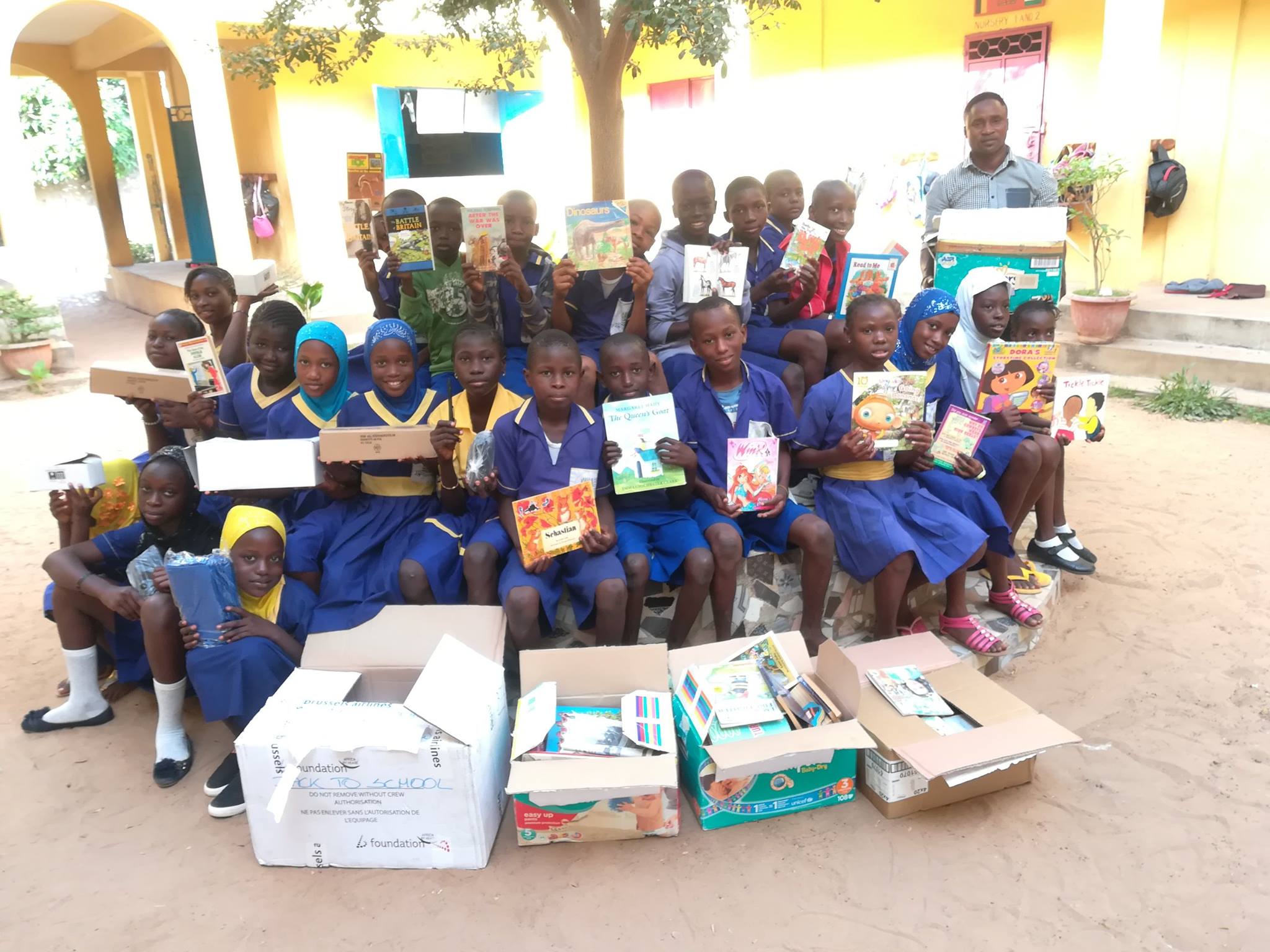 Brussels Airlines established the B.foundation for Africa in 2010. The Africa specialist airline aims to help create value for the local African society they frequently come in contact with. B.foundation partners with several local nonprofit organisations that focus on health care and psycho-social care. These include the Artsen Zonder Vakantie, Chaîne de l’Espoir, Centre for Children in Vulnerable Situations, Memisa, Mercy Ships, INCTR, EFFA, and Aviation Without Borders.

If you’d like to support the efforts of B.foundation and their partner organisations, there’s a fun way. Participants join a bid for a unique behind-the-scenes experience with selected Brussels Airlines staff. One of the experiences offered was the chance to experience a day in the life of a Brussels Airlines pilot, which included the bid winner flying with Captain Kirsten on the jumpseat in the cockpit.