The unbundling of airfares and subsequent ‘nickel and diming’ of having to pay for services and products that were once included in the fare elicits consistent grumbling from the flying public – ironically the very ones who are to blame for this change!

Not so long ago, your airline ticket was a straightforward purchase. Now, anything and everything goes, and by the time you finish the process, what you pay may be much more than the fare you clicked on. Why did airlines change how they price tickets, and what’s behind all these crazy fees?

These days, depending on the carrier you choose, you may find a shocking number of add-on fees, covering everything from blanket and pillow use to meals to choosing your seat or checking in at the airport as opposed to online. Some of this move towards ‘unbundling’ airfares comes from the airlines’ desire to make more money. This is understandable; airlines aren’t, after all, charitable organisations. They are largely for-profit enterprises with a responsibility to their shareholders and a right to pursue profits. A larger part of the reason, however, lies with consumers.

The race to zero

People often assume flying is expensive, and to a point, it is. Airplanes are not cheap, but their cost is spread out over its lifetime, and it’s correct to say airlines have gotten very creative in their methods to acquire or lease aircraft. Jet fuel is another major expense, but commercial airplanes today are more efficient than ever. Using the popular Airbus A320 as an example aircraft, we can say that that the fuel economy, strictly speaking, is around 0.67 mpg (0.28 km/l). That’s terrible, but the A320 can carry 154 people, so if it’s fully loaded, that fuel economy jumps to 104.7 mpg (44.5 km/l), which is incredible.

So to fly in an A320 from New York City to Washington, DC, one passenger will only require about $2.50 worth of fuel (based on US DOT figures for what airlines pay for jet fuel on average, all prices noted in US dollars). That’s about the same flight time as going from Kuala Lumpur to Singapore, so this is considered a short flight – about an hour. Crew costs (two pilots and four flight attendants) add another $1.50 per passenger. Airports charge fees, too, typically based on the loaded weight of the aircraft. Using New York and Washington, these fees add about $13.50 per passenger. 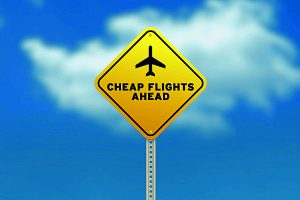 For our short domestic flight example, government taxes and fees add another $15.60 per passenger. International flights would incur even higher taxes and fees. As for the cost of paying off the initial $107 million cost of that A320, which is spread over its useful lifetime, it’s about $11.50 per passenger. The required maintenance on the plane, as applied to this short flight, works out to roughly $14 per person. The annual insurance fees for this pricey A320 add an additional $0.25 per person to the cost, and the airline’s administrative and non-flying personnel overhead adds about $10 per passenger.

So at this point, we’re already up to $68.75 per person in raw costs to fly from New York to Washington. When you consider that it’s possible to book this flight for around $80 (one-way), you can see that not a lot of money goes to the airline for profit – about $10.

So while we are conditioned to think that flying is expensive, when you look at the numbers, it’s really not. And in a competitive market, airlines have a huge incentive in offering the lowest fares possible. In fact, you may have booked a flight on a budget carrier before and actually wondered how in the world they could fly you so far for so little. A lot of it is down to increasingly efficient aircraft. But budget airlines like EasyJet, RyanAir, and AirAsia have also figured out that the single most important factor among consumers – by far – when making a choice is price. So in a competitive fashion, these airlines sought to drive down the advertised fare price as much as possible, and one way to do that was to strip away everything that would previously have been included for ‘free’ in a base fare. In short order, many full-service and legacy carriers followed suit, in order to better compete with the low-cost carriers.

Recently, I booked a nearly three-hour flight from Kuala Lumpur for just RM197 return – that’s only $46, or $23 for each one-way trip. It almost defies belief how inexpensive this is, but that fare includes nothing extra. If I had wanted to choose my seat, check a bag, have a snack or a drink onboard – that all adds to the fare. Budget airlines have also gotten very good at streamlining and minimising operational costs (and eliminating some altogether), with the savings passed along to their passengers. And the savings are considerable, particularly when viewed in context. To be able to board a modern, state-of-the-art aircraft and fly in unprecedented safety and security to a destination some 2,000km away for less than US$25 is staggering. Even a generation ago, this would have never been possible. 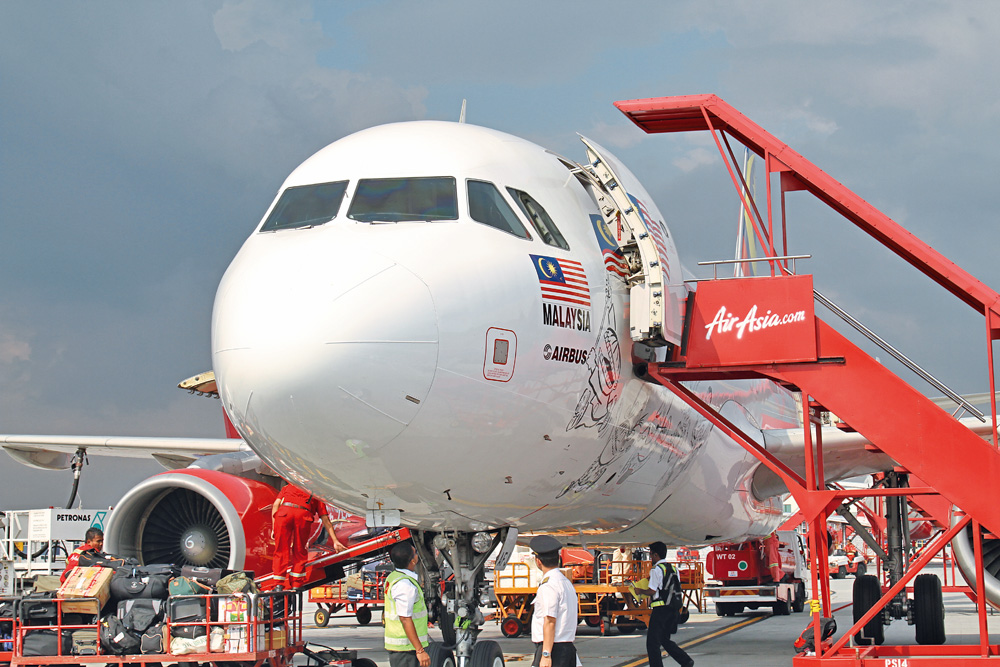 In an era where travellers use the Internet to research their flights and use travel aggregators like Kayak, Expedia, and Google Flights to make their bookings, airlines must compete on price more aggressively than ever before, because study after study has shown that consumers are more sensitive on price than on any other factor. Unbundling their fares is the best way for airlines to offer the lowest base ticket prices.

It would perhaps be more psychologically gratifying if the advertised fare was inclusive of all the goodies, then you could ‘uncheck’ various services and amenities and see your fare drop – after all, it’s more fun to ‘save’ money on your fare than to add to it with every click – but no single airline would do this without an iron-clad industry-wide agreement in the market, as they would then have the highest fare prices on the travel websites, which would be disastrous to their sales since carriers are overwhelmingly chosen based on price.

In the end, despite the unbundling trend, flying today is cheaper and safer than it’s ever been. You can fly around the region for less than $100 and fly across oceans in relative comfort and security for just a few hundred dollars. Given that the journeys we now complete in less than a day took weeks to complete in the not-too-distant past, it’s really nothing short of amazing. 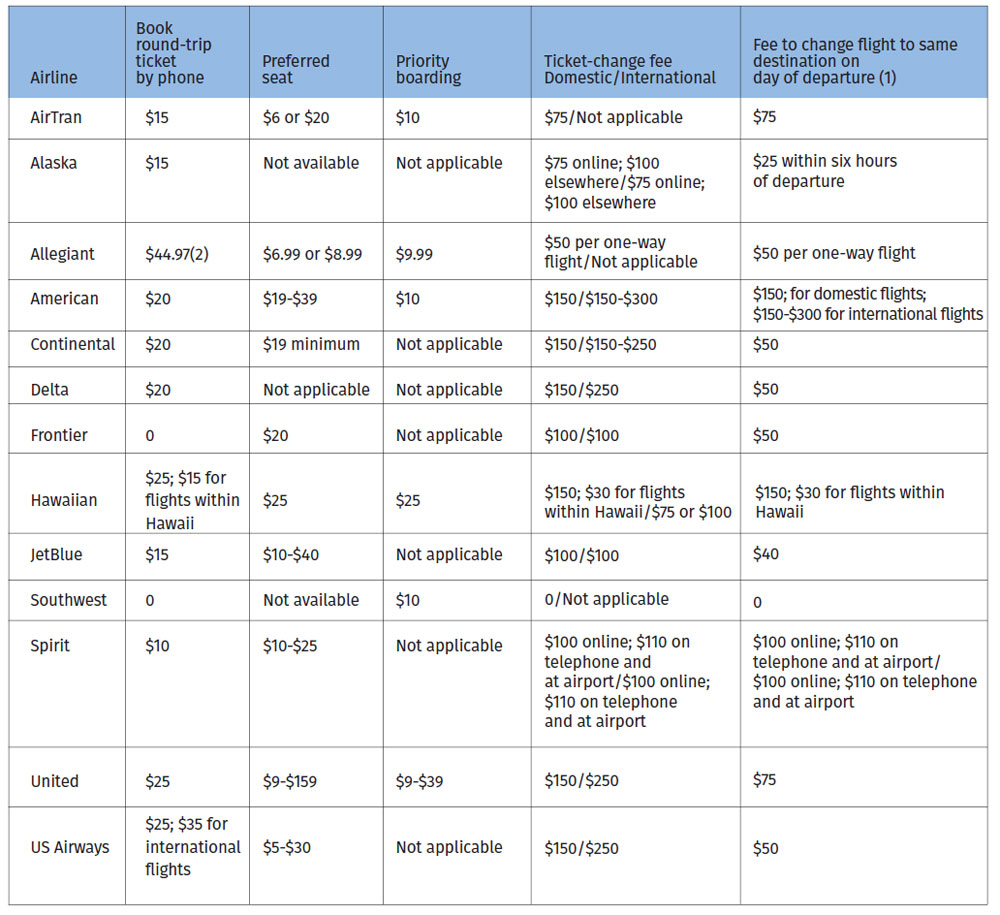